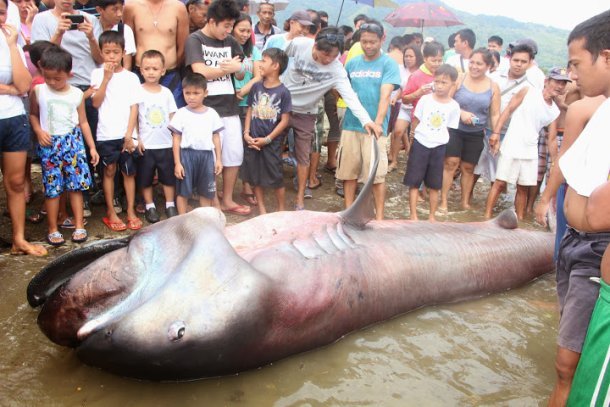 For the second time in 2014 a rare Megamouth shark has been caught.  This 1,102 pound female shark died Monday while in the fisherman nets in the shallow waters of Cagayan de Oro in the Philippines.  According to the Sun Star the fisherman said the shark was already feeble when caught.

In addition the shark had a scar resembling teeth marks around the caudal fin which appear to be from a shark bite.  Darrell Blatchley who owns and is the curator of  D’ Bone Collector Museum in Davao City doesn’t believe that was the cause of the sharks death

The age of the shark is unknown since such little information is available about the species.  Mr. Blatchley removed the skin to stuff for the museum before parts of the shark were sent to Bureau of Fisheries and Aquatic Resources in northern Mindanao (BFAR-10).  The rest of the shark was buried.