There have been some new developments regarding shark prevention in Australia. 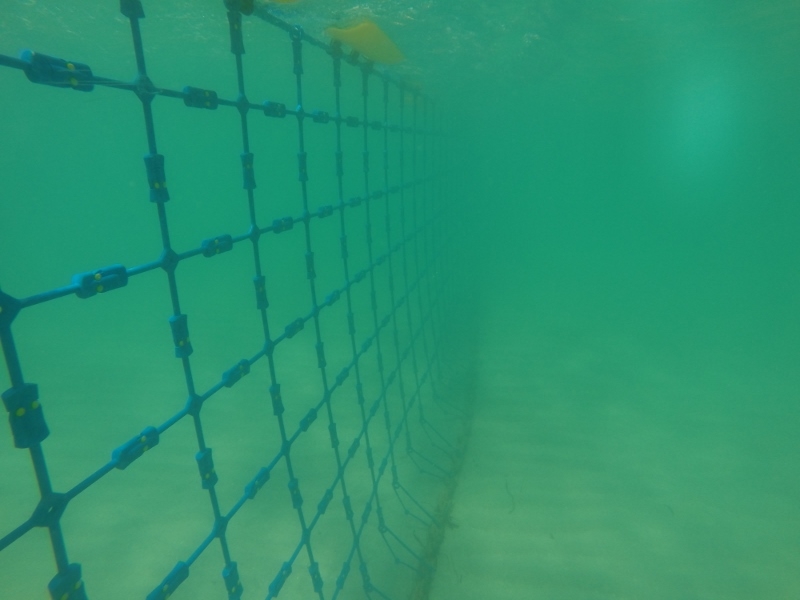 Shark barriers have been delayed

Eco barriers that were to be placed at Lighthouse Beach in Ballina have been delayed due to the heavy surf. Originally they were to be in place by the end of February, but it’s now looking like it might not be until the end of March.

Apparently there have been issues installing anchor poles. The nets will now be permanently fixed with anchors and they will be at angle which will allow water craft and debris to pass without damaging the nets.

Air patrols, which were scheduled to end on Australia day, will continue every weekend until Easter. Assuming there are no further days in implementation of the Eco Barrier nets.

The Shark Monitoring Network is an array of buoys equipped with acoustic receivers. When a tagged  shark swims within  400-500 meters of a buoy, low frequency ‘clicks’  given off by the sharks tag are picked up by the receiver.

The click pattern indicates an audible ID number which represents a particular shark. With this information researchers can trace the movements of sharks as they ping near the buoys.

However there are a few issues with the tagging program. First off the buoys require regular maintenance, including mooring repair and battery changes in satellite buoys and this can be expensive. Second a shark has to swim by the buoy before the location can be determined. 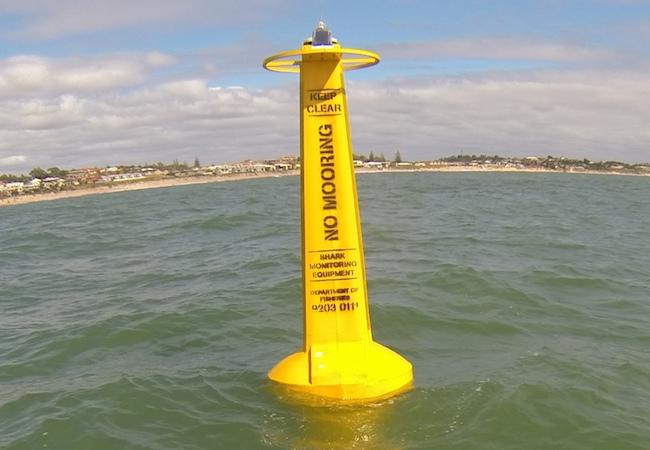 Only one tagged great white shark has pinged

According to Perth Now only one of the 222 tagged great white sharks has pinged on receiver buoys. Rick Fletcher, acting director general of the Fisheries Department, said the low detection numbers were “consistent with our understanding of their preference for cooler water” and the sharks transient nature.

There has also been concern that acoustic tagging could create issues for sharks themselves. Researchers in Western Australia are trying to determine if frequency emitted by acoustic tags are alerting prey such as dolphins and seals, which would make it harder for sharks to feed.

There are a few things you can do to help prevent a negative shark interaction.

Purchase a personal shark deterrent such as Sharks Shield or Sharkbanz. Just keep in mind none are 100% guaranteed to prevent a shark bite.

If sharks are spotted, get out of the water. You can also check out Dorsal. The free app for your smart phone displays shark alerts reported by beachgoers and authorities in Australia.  Reported shark sightings are submitted via the website, iPhone, Android, Facebook and Twitter. Once a report is made an alert is sent to users.

Do not swim with open wounds or in murky water.

Avoid areas where fresh and saltwater meet, the water is usually murky and bull sharks tend to love these types of areas.

Do not swim at dawn or dusk as it is prime feeding time for sharks.

Don’t wear yellow bathing suits. It is called Yum-yum yellow for a reason.

Swim in group and if you do see a shark, swim as calmly and as quickly as possible back to shore and alert others.

Lastly, sharks are not out to get you. You are more likely to be injured in a car accident than by a shark.

One Thought to “Shark Prevention in Australia”