A fatal tiger shark bite has occurred in New Caledonia. 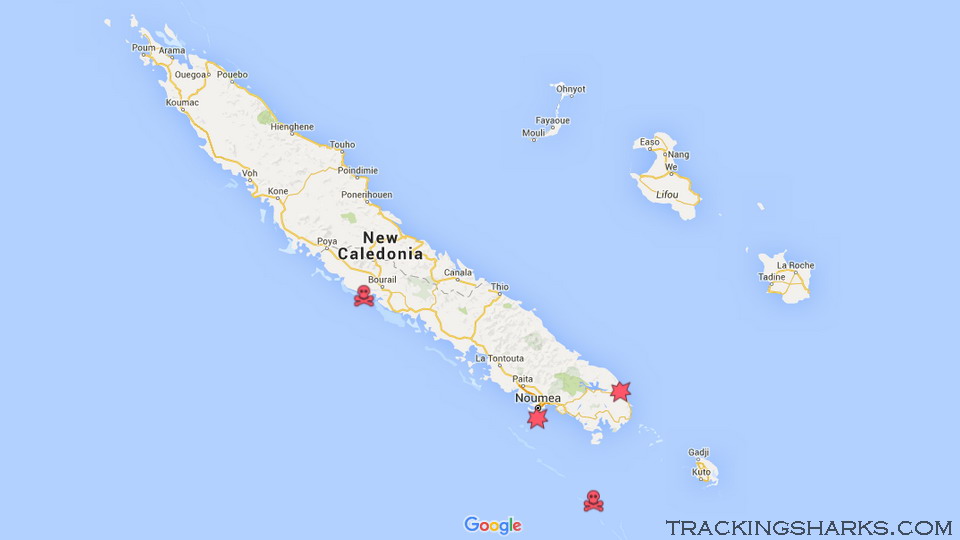 Nicole Malignon was swimming at around  11 am on Saturday when she was bitten by a tiger shark.

Physical fitness teacher Thierry Song was nearby teaching his son to wind surf when he heard Mrs. Malignon scream.

“I heard a shout behind me, about fifty meters (54 yards). I turned and I immediately saw a tail and swirls, I understood that it was an attack. I shouted to my son ‘remain on the board, and continue to the beach!’ and went as quickly as possible to the person. ” he told Les Nouvelles Caledoniennes.

Song swam over to Malignon and saw the eight foot shark (2.5m) shark. He said “He [the shark] began to turn around, I got really scared. Then he turned to me and I went to him, to scare him.”

The shark swam away and Song reached under Mrs. Malignon’s arms and carried her back to shore. Using his first aid skills, he applied tourniquets to her injured arms and legs using towels while other beach goers covered her with blankets.

Emergency personnel were notified and shortly after her husband arrived she lost consciousness. Beachgoers attempted CPR until firefighters arrived. She was pronounced dead shortly after.

Mr. Song said “When I took her out of the water, I thought she was going to get out [alive].”

The shark was identified as a juvenile tiger shark that may have been drawn to the scene by a wounded dog.

Brigitte El Arbi, Mayor of Bourail, has banned all water activities in the area until further notice.

Mr. Song plans to share the event with his students. He said “The lesson that I will pass to my students is that it is important to be healthy and in good shape to be able to help. Although this time it did not work.”

This is the third fatal shark related incident of 2016. All locations have been marked on the 2016 shark attack bites tracking map.