A fisherman has been bitten by a shark in Merimbula, New South Wales.

Jesse Phillips had hooked a 6-foot (2m) shark around 2 a.m. December 6 and was reeling it in when the shark fought back. 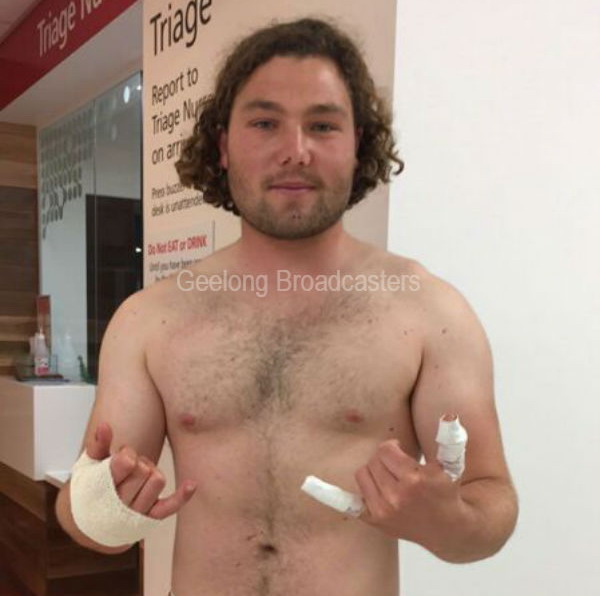 As the 20-year-old was attempting to pull the shark into shore it flipped around and clamped onto Phillips’ right hand. The suspected wobbygong shark did not want to let go, and as Phillips attempted to pry the shark’s mouth open, he sustained injury to the thumb and pinky finger of his left hand.

Phillips’ 17-year-old sister Maddie assisted him home. Once they arrived, his mother took him to the hospital for treatment. The wound consisted of deep lacerations but no tendons were damaged.

Just one week ago, another fisherman was also bitten by a shark he caught. Rod McFarlane was attempting to gaff a sevengill shark, when his gaff slipped and his hand went into the shark’s mouth. When the 73-year-old attempted to pull his hand out of the shark’s mouth, it was damaged by its teeth.

McFarlane was able to boat back to shore where he was treated on scene and then flown to hospital.

Another shark incident occurred on December 1 (local) off Seven Mile Beach in Booti Booti National Park of the New South Wales Mid North Coast.  Colin Rowland was surfing around 9:20 a.m. when he was bitten by a great white shark. He sustained damage to his foot and right arm.

The 65-year-old was able to make it back to shore. His board had a large bite mark and was broken in half.