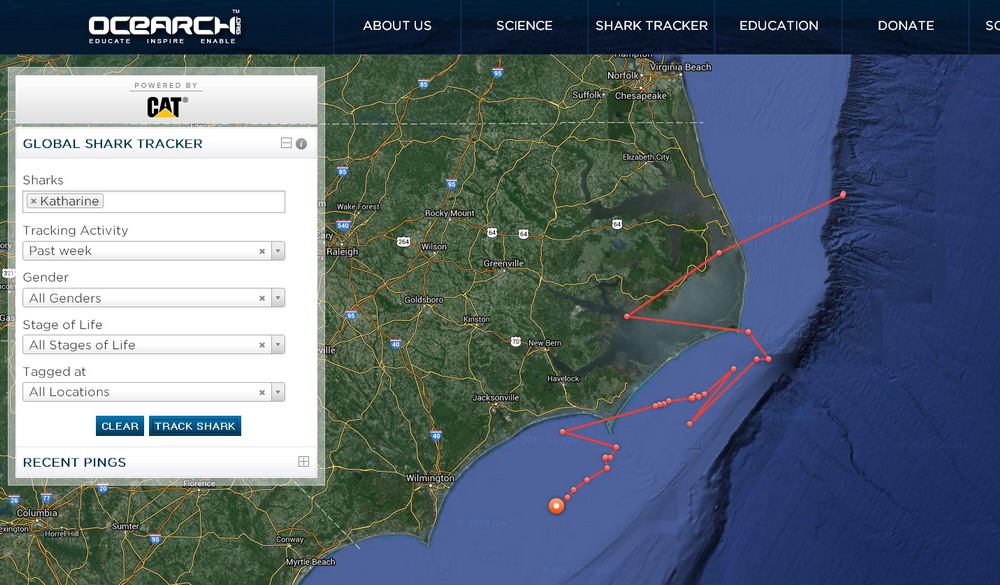 The massive 14ft beauty was tagged by OCEARCH back in 2013 and has had quite a following.

Weighing a whopping 2,300 pounds she pinged Saturday near the mouth of the Pamlico River

Currently it looks like she will be passing by Myrtle Beach on the way South to Florida.
She was named in honor of Cape Cod Native song writer Katharine Lee Bates, who wrote the song “America the Beautiful”
You can track her progress at http://www.ocearch.org/