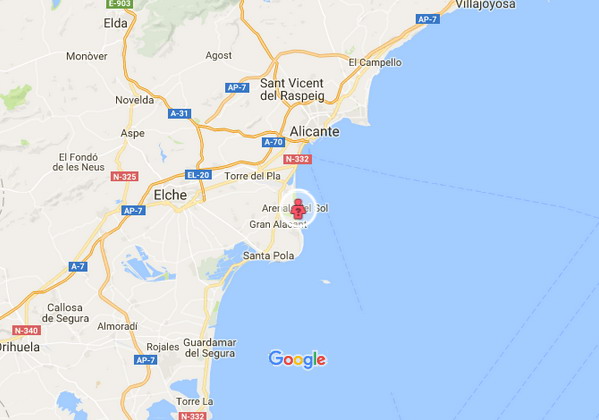 A man in his 40s was bitten on the hand at the Arenales del SolCosta beach in Elche.

The unidentified resident of Elche was bitten on the right hand by what is thought to have been a shark.

According to a spokesman from the DYA ambulance service, the bite was “serious” and the man was taken to the hospital and will require stitches.

The Local es reports the Spanish news agency Efe indicated the injury was most likely caused by a blue shark.

After the incident red flags were raised and the beach was closed.

All locations have been marked on the 2016 Shark Attack Map.