The first step in shark attack prevention is understanding the risk. When you enter the water, you are visiting the shark’s home. Statistics show that you are more likely to die from a car crash than be killed by a shark.

However, sharks do bite people and there are things you can do to avoid potential danger.

Being attacked or bitten by a shark

While the majority of people bitten by sharks never saw the shark coming, there are some things you can do should you come face to face with a shark.

Understanding a shark attack or bite

The state of Florida has the highest number of negative shark interactions in the world and considered the shark attack capitol of the world.  However, the use of the term shark attack is not 100% accurate.

The majority of shark attacks in the state would be better defined as shark bites. The reason behind this is that most of the interactions involve a one off bite also called a hit and run. The theory is that the shark confuses a human with prey, takes an exploratory bite, realizes the human is not prey and then leaves.

There are very few deaths in the state as the majority of encounters are single bites from small sharks.  While a bite from a small blacktip shark may be minor, a bite from a large white or tiger shark could be fatal.  The larger the shark is, the more damage it can inflict.

Another issue to be considered is the species of shark. While even normally docile sharks, such as nurse sharks have been known to bite when provoked, they cause very little damage.

Bull sharks have been filmed aggressively approaching divers and may charge humans in an effort to size us up. 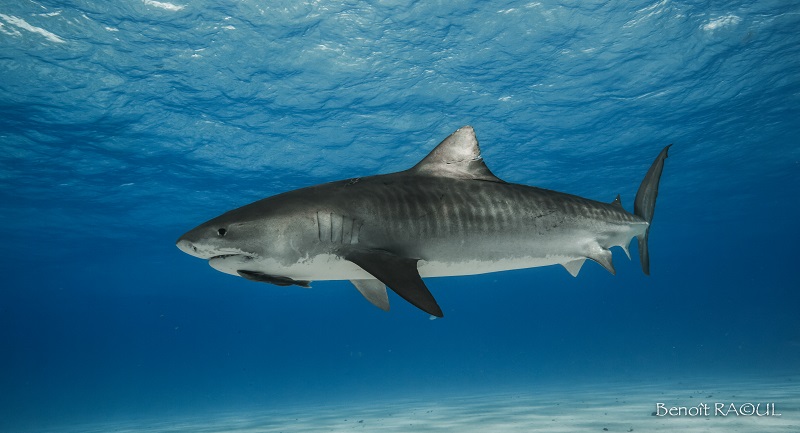 Tiger sharks will eat anything, including humans. They are known as the trash cans of the sea and have been found with all sorts of debris in their bellies, including metal objects and tires.

Adult great whites sharks have a massive bite radius with large teeth. Even a test bite from such a large predator can be fatal.

Keep in mind that this list is not all encompassing, However those three species should be avoided by swimmers and surfers at all costs.

While the thought of a shark attack is very frightening, the reality is water itself is the real killer.

According to the Center for Disease Control “From 2005-2014, there were an average of 3,536 fatal unintentional drownings (non-boating related) annually in the United States — about ten deaths per day.” More people are killed by cows than by sharks.

This is not to say shark’s are not dangerous. They are predators and like any wild animal they should not be harassed or molested.

While this article suggests some things you can do to aid in shark attack prevention, always use your best judgement when entering the water. Most importantly if you do encounter a shark, do not attempt to touch it unless in defense.