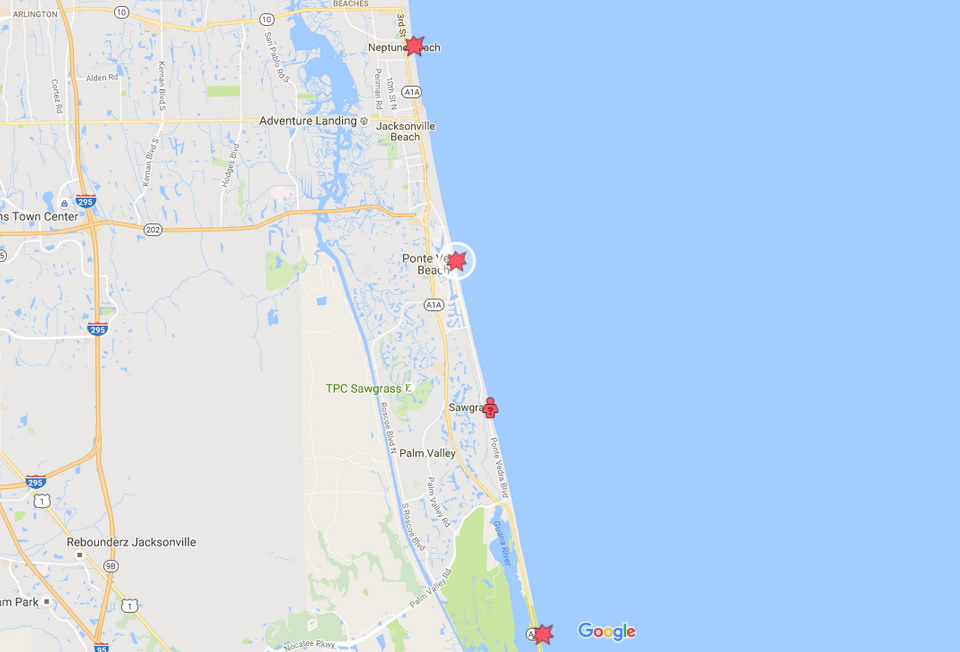 A shark bite has been reported in Ponte Vedra Beach, Florida.

A man in his 60s was bitten on the right elbow by a shark while he was wading in knee-deep water September 11.

The unidentified man was losing a large amount of blood, but was able to exit the water under his own power.

Once out of the water, he alerted a man and woman who contacted emergency responders.  He estimated the shark to be around 3- to 4-feet long.

St. Johns County Fire and Rescue responded around 3:30 p.m. and transported the man to a local hospital.