Welcome to Shark senses 101, an introduction to the wonderful way sharks navigate through the underwater world.

The ocean is a vast, dangerous place. You could even say it’s a dogfish eat dogfish world. Danger lurks behind every rock and every coral. Survival is almost always a matter of seeing them before they see you.

Evolution has given many of the ocean’s creature’s natural defences against predators. Some have the ability to hide beneath the sand; others have natural camouflage to avoid danger. Yet sharks have thrived at the top of the oceanic food chain for millions of years. How do they survive when all types of their prey are hiding beneath the sands and camouflaged as rocks? Let’s have a look at some of the senses that make sharks successful and efficient hunters

My, what big eyes you have.
Biologists have found that most sharks have eyes that are very similar to ours. They have an iris, cornea, retina and lens. Yet, in clear waters, it is estimated a Shark’s eyesight is 10x’s better than that of humans.

Even though sharks have eyes similar to ours, they do have several biological advantages. Sharks have duplex retinas, which mean they have two separate types of cells. One type distinguishes light from dark and a second for detecting colour.

Also, behind the sharks retina is a layer of mirror like crystals that reflect and pass light through back through the retina a second time, like taking a second glance. At the first glance and before prey can think “what was that?” it’s already too late.
What’s that Smell?
Many of us have heard the theory that a shark can smell a drop of blood in a swimming pool of water. Whether this is a fact or exaggeration depends on the biologist you talk to. What is for sure though, is that sharks do have a truly amazing sense of smell. Sharks can certainly detect a small amount of blood in a large body of water.

What we would call the shark’s nostrils aren’t in fact nostrils, at least not in the traditional sense. A shark does not have to use its nostrils for breathing; instead they take in a continuous stream of water.  This helps it focus on detecting a potential lunch, or perhaps any other sharks in the area.

Sharks also smell in stereo. As they zig zagg through the water their stereo smell helps them track potential prey and keeps them on scent trail, until they can zero in on their target.

Superpower head jelly
Sharks have fantastic eyesight and an amazing sense of smell. They sure have their prey on the back foot. Not ones for doing things by halves, sharks also have a true wonder of nature called ampullae of Lorenzini. This is a system where small pores around the shark’s head, snout and underside are filled with a kind of ‘jelly’ that links to their nervous system.

This jelly gives the shark the ability to detect the minute electric field emissions given off by other living things in the water. Even if the shark can’t see or smell the prey, it may very well know where it is.

You can run but you can’t hide.
Let’s assume you are a stingray and the shark hasn’t seen you, can’t smell you, and can’t detect your electricity. You may well feel you have won the shark evasion lottery as you’re heading for safety, but there’s another trick up the sharks sleeve.

It could already be reading your oceanic fingerprint. Down and along the shark’s body is a sensory system called the lateral line. This system, which is quite similar to ampullae of Lorenzini, detects vortices and disruptions in the water created by irregular movement. For example it can detect the swish of a tail or the water racing across your back. The very desire to swim away and not be seen could very well be what leads the Shark to where you are.

Don’t be so touchy

The final sense is that of touch. How does the shark know what it has found? Is it food, or is it boat? For you and me, one way we can explore and investigate something strange is through the sense of touch. Nature has given us hands, but for a Shark, the only tool available to test wether something is edible or not is with its mouth.

Once the shark has used all of its other amazing senses to track down the animal or object that has peeked its other sense, it uses its sense of touch to determine what the object is. This is known has an exploratory bite. This is a huge downside for the animal being explored, as being investigated by rows of sharp and/or serrated teeth is not generally a pleasant experience. However, once the shark has used its mouth to ‘touch’ the fish or object it can finally determine if its food.

Many experts believe that most shark attacks on humans are in fact the result of an exploratory bite. The shark became confused or was simply just trying to figure out what an object is.

That concludes our class on introduction to Sharks Senses 101. 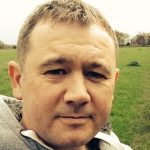 Thank you for reading

Be sure to check out  Sharks and the UK part 1   and  Was it worth it?