A possible shark bite has been reported off Balian Beach, Bali. 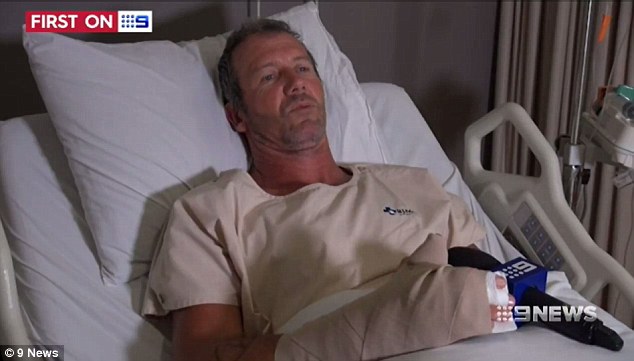 Daniel Moore was surfing off Balian Beach January 9 around 7:30 a.m. when he was bitten on the right hand by a shark.

Moore was on his board and had his right hand in the water when a suspected bull shark grabbed hold severing his tendons.

“It happens that quick and that fast, I didn’t really know what was going on,” Moore told 9NEWS

The 48-year-old was able to punch the shark on its back with his left hand and the 5-foot (1.5m) shark released its grip.
Moore’s son and a friend rushed to his aid and assisted him back to shore.

He was bleeding heavily and was treated on scene before being picked up by the West Selemadeg ambulance.

He was taken to the BIMC Hospital for surgery on his arm and hand.

Moore is in good spirits and said he will continue to surf, just not in Bali.

In April 2016, California resident Ryan Boarman was bitten by what observers suspected was bull shark while surfing in the same area.

Boarman had been surfing near a river mouth when he was bumped by the shark and then dragged under water.

He was able to surf to the beach where he was treated by locals, but he passed out on the beach after losing a substantial amount of blood.

Boarman suffered a significant injury to his right forearm and elbow and feared losing his arm, however after three surgeries, his arm was saved.