A 15 foot great white shark has been filmed in 3 feet of water off the coast of Mexico.

The Pearson brothers spotted the shark in the Sea of Cortez and shared the video on June 3.

The two were able to get a close up view of the sharks back and saw two injuries.

They theorized that the shark was hit by a propeller and due to the injury; the shark was now forced to hunt stingrays in the shallow water.

While they did say the shark was bleeding from one of the wounds, they did not think the shark was in mortal danger and said it had been seen a few days later up the coast while swimming in the shallows.

While most people would be afraid of the large great white, the only injury to the brothers came when a stingray stung one of the brothers on the foot.

Great whites are rather resilient and smaller what shark have been seen healing quite well after being bitten by larger dominate sharks.

One recent shark was spotted with very few teeth off Guadalupe Island in 2016. 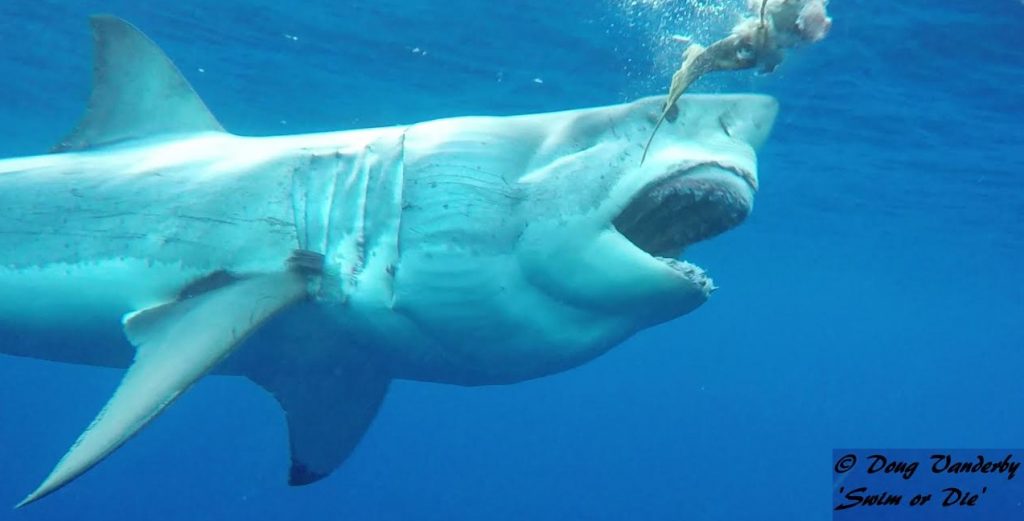 The shark, which was nicknamed Gums, was filmed swimming after fish bait.

While no one can be sure how Gums lost his teeth, one theory is that he became entangled in a shark cage and lost his teeth during the event.

Sharks have multiple rows of teeth that and when one falls out, a new one will grow into replace it.