A drone operator caught the moment 70 tiger sharks feast on a whale. 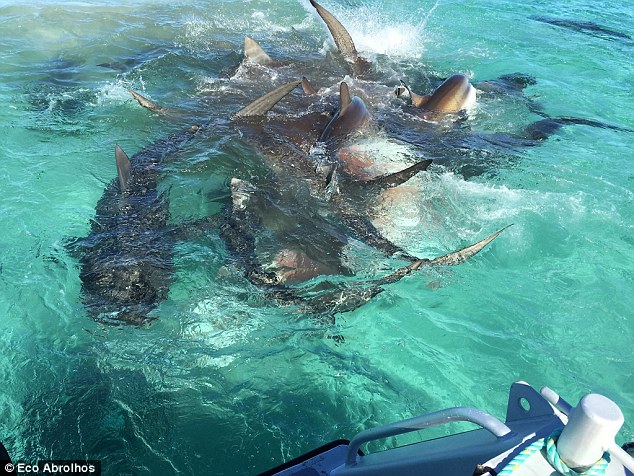 The footage was taken by Jay Cox who works for Eco Abrolhos. Mr. Cox had taken a group of 15 tourists to Western Australia near Dirk Hartog Island on four tenders at Steep Point on Friday.

Another boat passed by and told them about the sharks munching on the whale carcass.  The group then headed to watch the action unfold. They were able to get extremely close to the sharks that were focused on the free meal, and spent around 2 hours watching the event.

Cox said some of the sharks were as big as the boat. He estimated that a few of them were around 19 feet long (6M), but they were not aggressive.  The tour group then headed to Ningallo Reef to look for docile whale sharks.

Tiger sharks have often been called the garbage cans of the ocean. The strange list of things found in the stomachs of tiger sharks including Barbie dolls, tires, rubber boots, bags of money, chickens and even a fur coat. They have even been known to eat discarded metal, including car license plates.