Below are a few sites where you can actually live track sharks and see where they travel.  A variety of sharks have been tagged including tiger sharks and makos, but the most popular appear to be great white sharks.

Before you begin, you should know there are several different tags used in shark tracking.

One tag in particular, the Smart Position or Temperature Transmitting tag (SPOT), has the unique advantage of displaying a shark’s location each time the tag breaks the water’s surface for 90 seconds or more. SPOT tags are placed directly on the shark’s dorsal fin and transmit the approximate location to satellites. The information is then plotted on tracking maps, where anyone can track sharks to see where they travel.

The information gathered can be used by researchers to understand migration paths, locate possible birthing grounds and may help prevent negative shark encounters.

Update on great white shark Cabot who may have been in Long Island Sound of New Jersey.

We have several articles on the sharks of OCEARCH. 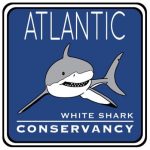 The Atlantic White Shark Conservancy Sharktivity Map and App were developed in collaboration with the Massachusetts Division of Marine Fisheries, the Cape Cod National Seashore, and officials from Cape Cod and South Shore Towns. These tools provide information on White Shark sightings, detection, movements, and research to raise awareness and help people and White Sharks co-exist peacefully.
App on iTunes and Android

University of Miami Shark Research program has a variety of sharks that can be followed online. 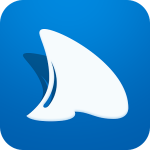 Available on iTunes and Android

Track shortfin makos off the coast of California.