In May 2016, Maroochy the tiger shark was captured and killed on a baited drumline. 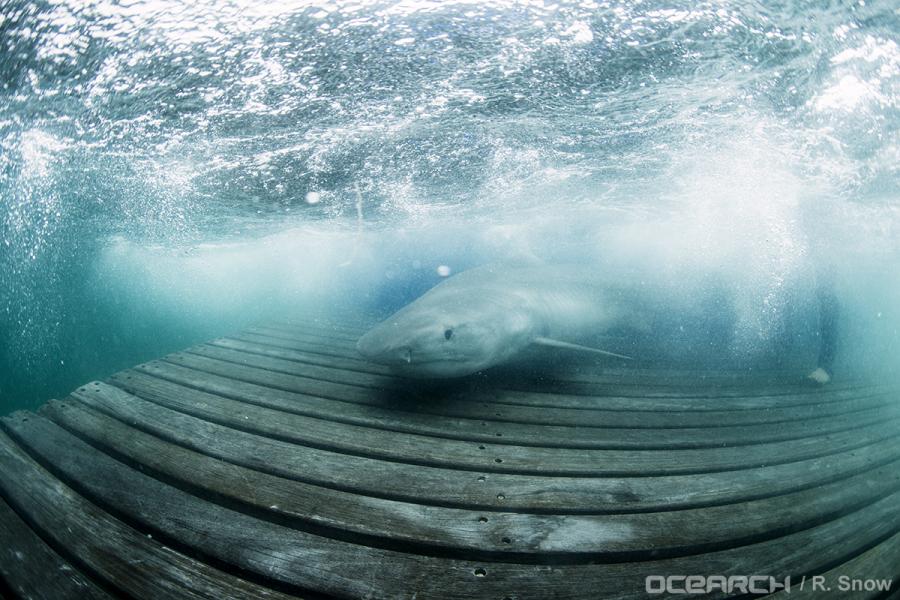 Maroochy was a female tiger shark tagged by the nonprofit OCEARCH. The group placed a satellite tag on the shark’s dorsal fin in February 2015 off the coast of Australia.  She was tagged near Fraser Islands, and each time her fin broke the surface of the water, her position would be plotted on the OCEARCH tracking app and website.

On May 24, OCEARCH confirmed Maroochy had been killed on a drum line in Bundaberg. Maroochy’s satellite tracking path often showed the nearly 10-foot shark in the area where Queensland Shark Control Program drumlines had been deployed.

The Queensland Shark Control Program has baited drumlines placed off the coast in an effort to catch sharks deemed to be dangerous. The controversial program has come under fire as the drumlines often catch non-targeted species such as sea turtles, dolphins, whales and other harmless creatures.  The program catches between 200 and 300 sharks per year, and had already captured 260 sharks as of May 30, 2016.

Maroochy is not the first shark OCEARCH has lost.  In November 2015, tiger shark Lampiao was caught and killed.  His transmitter now sits at an African dock and OCEARCH has been able to retrieve the tag.

Last year Rizzilient the mako shark was caught and possibly finned off the coast of Portugal.

Blue Shark Beamer was caught on a longline that ran for 60 miles of the Coasta Rican coast. The line had 3,500 circle hooks.

Cat Ells swam to the Turks and Caicos then all the way back to New York.  She was caught and killed by a fisherman off the coast of New Jersey.

Of the 138 sharks tagged globally by OCEARCH, a total of six have been caught and killed.