A fatal shark attack has been reported off Reunion, a French Island in the Indian Ocean. 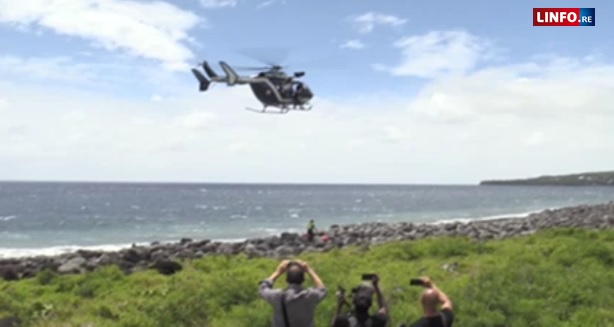 Around 9:30 a.m. Jan. 30, Floris Huet went to the mouth of the East River with several friends.  The group was fishing for bichiques, a small fish often caught in nets.

A few minutes after entering the water, the 41-year-old St. Joseph’s man made it approximately 5m (16 feet) from the water’s edge when a shark tore off his left leg.

Huet’s fishing partners pulled him from the cloudy water, but the man went into cardiac arrest and died.

Two of the man’s five companions were hospitalized for shock.

According to the Le dauphine a prefectural order in 2013 has prohibited swimming and water activates off lagoons and protected areas due to shark activity.

A week ago, the Shark Risk Reduction Center (CRA) called for caution after a 3.5-meter-long (11 ft) tiger shark was caught, CNews reported. The CRA has also announced the installation of underwater cameras and post-attack shark culling.

Drum lines are now being deployed in the area of the incident.

Two deaths were reported on the island in 2017.

The first occurred Feb. 21 on the island’s northwest side at Saint-Andre.

Alexandre Naussac, was bitten on his thigh while bodyboarding with a group in the shallow murky water.  The shark severed the 26-year-old’s femoral artery and he expired before being removed from the water.

The area had been closed to water activates, but a warning sign had been destroyed the previous weekend.

A second attack occurred April 29 at Saint-Leu on the southwest side of the island.

Adrien Dubosc was boarding with two friends off La pointe au Se which at the time had been reported closed to water activity.

Around 11 a.m. the 29-year-old member of the Shark Watch Patrol was bitten in the groin area of his right thigh.

Rescuers attempted to resuscitate him for 30 minutes to an hour before he was pronounced dead.

Many shark attack related deaths can be attributed to exsanguination, or severe blood loss from wounds to a degree sufficient to cause death or heart attack.

While the overall risk of a shark attack is low, Tracking Sharks recommends water users who are in areas where large sharks reside carry and learn to use tourniquets.

There have been a total of 3 shark attack bites (3 with injury, 0 of which are considered provoked*) publicly reported and verified in 2019.

One fatal**; 1 was reported in the U.S (including zero fatal), with 0 occurring in Florida and 0 in Hawaii. One has been reported in Australia, zero fatal. Three unconfirmed bites, worldwide, not included in the total count.
*Provoked defined as spearfishing, feeding sharks, fishing, etc. (listed with green marker).
**Zero possible scavenge